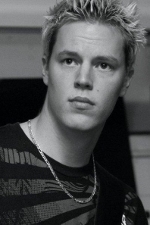 I am the author of six action novels for teens.

I started writing my first novel when I was 13 years old and had a publishing contract for it at 18.  The book has since been adapted into a screenplay. My second novel was shortlisted for sci-fi book of the year at the 2007 Aurealis Awards, and in 2009 I was named ACT Young Australian of the Year.

I have appeared on Today Tonight, Pyramid, Sunrise, Stateline, The Shak, Kids WB, State Focus and various other television programs.

I am now working on my seventh action novel for teens.

To Be, Or Not To Be (Likable)? by Jack Heath

Why Not To Chase Literary Trends, by Jack Heath

How To Avoid Prejudice in Fiction, by Jack Heath

The Seven Things To Leave Out Of Your Book, by Jack Heath

Mistakes I Made Writing My First Book, by Jack Heath

When Should You Censor Your YA Novel? by Jack Heath